Free exercise doctrine has a problem. It is, as Justice Elena Kagan put it, a problem of apples and watermelons: Much of the doctrine requires courts to discern discrimination on a comparative basis, and yet neither jurists nor litigants seem to have a good sense of when two parties receiving different treatment are sufficiently alike for the different treatment to count as discrimination.

The problem is most acute in cases where a particular legal provision allows for some exceptions. Where this is so, proponents of religious freedom sometimes demand that religion should enjoy the exceptional treatment, an idea referred to as anointing religion with “most favored nation” status too. On this idea, denying religion treatment that other interests receive discriminates against religion. This is just the reasoning the Court adopted in Fulton. The implication seems to be that religious adherents or entities are never relevantly different from an exemption’s intended beneficiaries; religion is always an apple, as it were.

The implication seems to be that religious adherents or entities are never relevantly different from an exemption’s intended beneficiaries; religion is always an apple, as it were.

But surely this is too expansive an understanding of the nature of exemptions. Sometimes a law will list the entities to which it does not apply not in an effort to treat those entities more favorably but merely to delineate the scope of the rule it intends to impose. Take, for example, a November 2020 Kentucky executive order prohibiting in-person schooling for children in grades K-12. The order applied to all schools—public and private, secular and religious. But a religious private school claimed that the order discriminated against religion because it exempted pre-schools. The Supreme Court disagreed, holding that the relevant comparator for a religious primary or secondary school is a secular primary or secondary school, not a pre-school. The religious claimants had, in effect, been asking the Court to compare apples and watermelons.

The Kentucky case was a relatively easy one. But now consider Tanden v. Newsom, which challenged a California COVID-19 rule forbidding in-home gatherings of individuals from more than three households. The rule’s challengers included those who host prayer circles at their homes. The challengers claimed that since the prohibition did not apply to places of business where members of more than three families could gather—hair salons, for example—it ought not to apply to them either. Is a gathering in one’s home like or unlike the operation of a hair salon? Justice Kagan was convinced the two were different; it was in her dissenting opinion that she quipped about apples and watermelons. What she failed to acknowledge, however, was that the challenged rule had also carved out exceptions for movie theaters and other venues where many people from many different households can gather at once. Is a private home hosting a prayer circle like a movieplex? I do not know, but it is hard to justify allowing people to go to the movies during a pandemic while forbidding them from gathering in not-so-small groups at home.

Sometimes a law will list the entities to which it does not apply not in an effort to treat those entities more favorably but merely to delineate the scope of the rule it intends to impose.

It is not surprising that Justice Kagan should have been the one to rail against judicial decisions that mistake apples for watermelons. In Masterpiece Cakeshop v. Colorado, another recent case seeking to adjudicate between religious freedom and civil rights, Justice Kagan, in concurrence, posited an anti-discrimination principle that overlooks the difficulty in knowing when two things are relevantly alike. She contended that a vendor “can choose the goods he sells but not the customers he serves.” That edict would explain why a lesbian baker does not discriminate against a religious customer when she refuses to make him a cake with a biblical verse decrying homosexuality while a religious baker does discriminate against a gay customer when he refuses to make the customer a cake for the customer’s same-sex wedding. The lesbian baker does not make anti-gay cakes for anyone—they are not among the products she sells. By contrast, the religious baker does make wedding cakes, just not for same-sex couples—as such, he was impermissibly choosing the customers he serves.

But the distinction between products and people is not as clear or as compelling as, well, the distinction between apples and watermelons. For one thing, one might think that the event at which a cake will be served informs the nature of the cake itself. If a baker will sell any chocolate cake except one with the words “Yay, KKK!” is he choosing the products he sells or the customers he will serve? Worse still, Justice Kagan’s edict would seem to allow any vendor who offers customized goods to circumvent anti-discrimination prohibitions: If every cake Masterpiece Cakeshop makes is unique, then it will never be the case that its baker sold a cake to an opposite-sex couple that he then refused to sell to a same-sex couple. And a similar worry about circumvention arises in cases like Fulton too: No two families are alike, so if a foster placement agency refuses to certify a same-sex couple, to whom can this couple point in claiming that it has been the victim of discrimination?

The problem, generally speaking, is this: Discrimination should not be conceptualized as a matter of comparison, and yet comparison is the linchpin of both Justice Kagan’s and the “most favored nation” stance. A comparative approach to discrimination perilously assumes that we can know when two things are relevantly alike. It also allows those who would discriminate to evade detection because they can point to pretextual differences in making the case that the disfavored party is relevantly different. Finally, a comparative principle fails to make plain the wrong of discrimination. What matters where a vendor or a social service agency refuses to serve a person with a protected characteristic is not, in the first instance, that that person was treated less well than someone else; it is that that person was not treated with the respect they deserve. (This is why an anti-Semitic baker cannot defend his refusal to make a cake with the words “Mazel Tov” for a Jewish patron by saying that he would not make a “Mazel Tov” cake for anyone.)

In place of a regime where discrimination is judged comparatively, lawmakers should have to spell out the principles or considerations in virtue of which a given policy will apply to some, but not all, people. California’s rule in Tanden should have been formulated to prohibit gatherings where mask wearing cannot be enforced. Philadelphia’s law in Fulton should have been formulated on the basis of the best interests of the child. And adherence to Colorado’s anti-discrimination policy should have been judged on the basis not of whether a vendor treats his customers consistently but instead whether he treats each one with sufficient respect.

In place of a regime where discrimination is judged comparatively, lawmakers should have to spell out the principles or considerations in virtue of which a given policy will apply to some, but not all, people.

To insist that lawmakers and courts proceed on the basis of principle, rather than comparison, is not to offer a substantive conclusion about where to strike the balance between religious freedom and civil rights. (My own view is that anti-discrimination principles are meant to apply absolutely; the state cannot fulfill its obligation to eradicate inequality if it affords a “patchwork of exemptions” from anti-discrimination laws.) But at least rules that wear the rationales for their exceptions on their sleeve allow us readily to judge their justifiability. And at any rate, it is only once we know why a rule applies to some parties but not others that we can tell if an exemption claimant deserves the exemption it claims. The meat of the issue (to mix food groups and metaphors) is not whether religion is an apple or a watermelon; it is whether applying the rule to religious interests serves the legislature’s goal while adequately respecting religion. 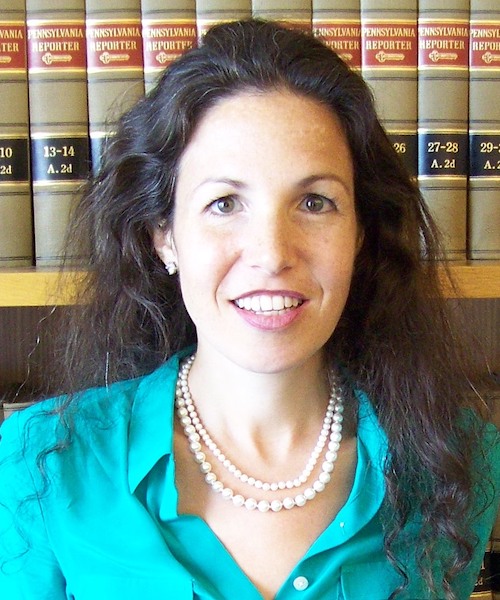 Amy J. Sepinwall is associate professor of legal studies and business ethics at the Wharton School of the University of Pennsylvania. Her research interests include corporate constitutional rights, gender and racial justice, individual and collective responsibility for corporate and financial wrongdoing, and law and religion. Sepinwall holds a Ph.D. from Georgetown University, J.D. from Yale Law School, and M.A. from McGill University.