Fulton v. City of Philadelphia was the latest skirmish in the ongoing war over gay rights and religious liberty. The conflict concerns, in various forms, the question whether religious people who conscientiously object to facilitating same-sex marriages, and who therefore decline to provide cakes, photography, or other services, be exempted from anti-discrimination laws. The adoption agency in Fulton, which refused to provide certification for same-sex couples, offered a different instance of the same problem. The Court managed to avoid handing either side a dramatic victory. The struggle is certain to continue.

This fight is unnecessary, and it feeds the worst tendencies in contemporary American politics.

This issue has taken on an importance far beyond the tiny number who have made such claims. The dominant view, on both sides, is that this disagreement concerns a matter of deep principle. Religious liberty and non-discrimination are each understood as moral absolutes. Compromise is perceived as an existential threat. Both sides feel victimized. Gay rights advocates fear that exempting even a few religious dissenters would unleash a devastating wave of discrimination. Conservative Christians fear that the law will treat them like racists and drive them to the margins of American society.

Religious liberty and non-discrimination are each understood as moral absolutes. Compromise is perceived as an existential threat. Both sides feel victimized.

I’m a gay rights advocate—as it happens, one of those who persuaded the Supreme Court that Title VII’s prohibition of sex discrimination forbids anti-gay discrimination. I would very much like to banish to the margins of society the notion that homosexual sex is inferior to heterosexual sex. But many Americans still hold that view. Any proposal to accommodate them in any way, such as the Fairness for All Act that is now languishing in Congress, is denounced as acquiescence in bigotry. We are warned that any accommodation will unleash a flood of discrimination.

I am trying to persuade my compatriots on the gay rights side that their sense of danger is misguided. On the core cultural issues, we have already won. A recent Gallup poll reports that 70% of Americans support same-sex marriage, as do 55% of self-identified Republicans. Among Americans ages 18 to 34, it is 84%. The holdouts are a shrinking minority. But there are still millions of them, and they have their own sense of danger that ought to be addressed.

Many Americans think their religion teaches that marriage is inherently heterosexual and that homosexual sex is morally wrong, and also regard Trump as an un-Christian, lying, cruel bully who endangers American democracy and whose incompetence has killed huge numbers of Americans. They are caught between revulsion toward Trump and fear of the Democrats. It is not helpful to tell them that they will be reviled as hateful bigots unless they change their religious views. They need to be offered an alternative vision of America, one that has a legitimate place for them. That is not only an imperative of political strategy. It is necessary if Americans are going to have a common life together. Polarization and alienation are threats to the entire country, not just the Democratic Party.

Many Americans think their religion teaches that marriage is inherently heterosexual and that homosexual sex is morally wrong, and also regard Trump as an un-Christian, lying, cruel bully who endangers American democracy.

I’ve asked conservative Christian friends what it would take to get them to vote for Democrats. More than once, I’ve been told: “I’d have to see some evidence that the Democrats don’t hate me.” Those voters are in play, and it would be a mistake to give up on them. If Hillary Clinton had received Barack Obama’s 2012 percentage of the white evangelical vote in Michigan and Florida, she would have won. Biden’s victories in Michigan and Georgia came largely from outperforming Clinton among evangelicals there.

Cases like Fulton keep arising because conservative Christians are being told that they may not be able to be wedding vendors, counselors, social workers, or psychologists, or control the content or staffing of their own educational institutions. Their charities face the denial of funding and licenses. Equality does not require that, and the cause of equality will not be promoted by sympathetic news stories about sweet Christian grandmothers threatened with financial ruin by lawsuits.

Compromises are possible. In my book, Gay Rights vs. Religious Liberty? The Unnecessary Conflict, I suggest that wedding vendors—bakers, florists, and the like—be permitted to discriminate if they are willing to bear the cost of publicly disclosing their discriminatory behavior. Linda Greenhouse doubts that this would be sustainable: “It’s easier to imagine that a jurisdiction adopting such a proposal as law would be promptly greeted with a lawsuit challenging the notice requirement as compelled speech in violation of the First Amendment.” As my book notes, some of the Supreme Court’s conservative justices have indeed shown an unfortunate tendency to distort free speech law in order to hand victories to conservative Christians. But it is hard to imagine how the Court could sustain a First Amendment challenge to a compulsory disclosure rule without invalidating every requirement for warnings on dangerous consumer products. I doubt that they would go that far. (Well, maybe some of them, but I don’t count five votes.)

I suggest that wedding vendors—bakers, florists, and the like—be permitted to discriminate if they are willing to bear the cost of publicly disclosing their discriminatory behavior.

Both gay people and religious conservatives seek space in society wherein they can live out their beliefs, values, and identities. In the relatively bland religious environment we inhabit, we have forgotten what real religious diversity is. It was once widely agreed that there was only one true path to salvation, and that other people’s beliefs were leading them to Hell. Toleration became the rule, not because people no longer believed this, but because they became persuaded that the coercive use of state power wouldn’t help: State religion is likely to be corrupted religion. Religious liberty is fundamentally about tolerating ideas we regard as odious.

There are indeed extremists on each side with repressive aspirations, and each side is reasonably frightened by the worst and sometimes most visible representatives of the other. Most Americans, however, would like to live in peace with their fellow citizens, and are willing to consider and, if possible, accommodate other people’s perspectives and fears. This is an issue that divides decent people who honestly hold radically differing views about what a good life requires.

Secular liberalism and conservative Christianity alike condemn lying, cruelty, poverty, oppression, and prejudice. They need to unite against their common enemies. But before they can do that, they need to end this war. 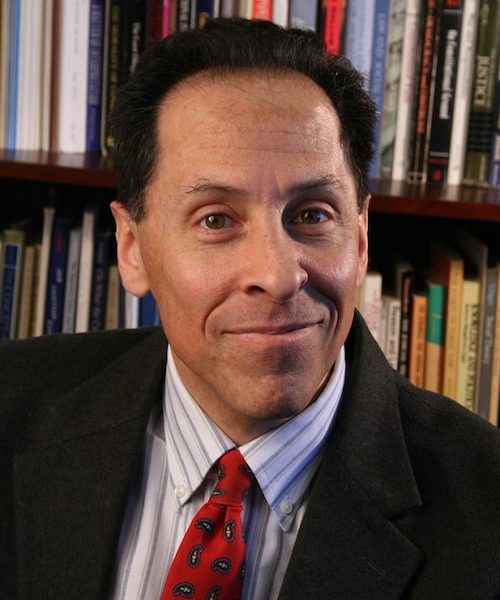 Andrew Koppelman is the John Paul Stevens Professor of Law at Northwestern University. Koppelman is the author of Gay Rights vs. Religious Liberty? The Unnecessary Conflict (2020). Follow him on Twitter @AndrewKoppelman.