What Does the Fulton Case Portend for LGBTQ and Religious Rights?

The Supreme Court’s decision in Fulton v. City of Philadelphia was not the blockbuster opinion that some had feared and others had desired. The Court retained the standard in Employment Division v. Smith, continuing the rule that governments can burden the religious exercise of organizations or individuals if such burdens result from neutral and generally applicable laws.

Religious organizations and people will continue to invoke the federal Religious Freedom Restoration Act (RFRA) and equivalent state laws to try to gain exemptions from anti-discrimination laws protecting LGBTQ people. The Fulton opinion could be important in these cases. RFRA laws require that a government must have a compelling interest in enacting laws, including non-discrimination laws, and then must show that it cannot achieve that interest if it gives a pass to those who claim a religious burden in complying with the law. In legal terms, this is called meeting the “compelling interest standard,” and this was the standard the Court in Fulton applied to the facts before it.

The first question, of course, is whether a law imposes a burden on an organization’s or person’s religious exercise. This is a question on which some religious people and some LGBTQ people talk past each other.

The first question, of course, is whether a law imposes a burden on an organization’s or person’s religious exercise. This is a question on which some religious people and some LGBTQ people talk past each other.

Some people believe that a religious employer who is prohibited from firing an LGBTQ employee, or a religious business owner who is required to serve an LGBTQ client, can continue to believe that homosexuality or transitioning from one gender to another is sinful. Hence, from that perspective, there is no burden on free exercise of religion.

But some religious people who believe homosexual conduct is sinful, or that people should not change the gender God gave them, believe that hiring or serving an LGBTQ person is tantamount to endorsing sinful acts, making them complicit in the sinful activity and hence burdening their religious exercise.

This is not a question with an easy answer. For me, as long as a religious organization or individual demonstrates a basic level of sincerity with regard to their religious beliefs, I believe their experience of burden on religious exercise should be respected. Of course, agreeing that a burden exists does not by itself justify an exemption from the law. I have explained this view in law review articles and short pieces.

As long as a religious organization or individual demonstrates a basic level of sincerity with regard to their religious beliefs, I believe their experience of burden on religious exercise should be respected.

In the facts presented in Fulton, Catholic Social Services (CSS) was required to certify prospective foster parents if they met various criteria established by the city of Philadelphia, such as the couple’s ability to provide “care, nurturing and supervision to children.” CSS viewed this certification as an endorsement of the familial relationship and thus would not do so for same-sex couples. The city believed that CSS’s religious beliefs about marriage were not burdened simply by certifying that a same-sex couple met the city’s criteria to be foster parents.

In a simple and stark sentence, the Court accepted CSS’s position and stated that it was “plain that the City’s actions have burdened CSS’s religious exercise by putting it to the choice of curtailing its mission or approving relationships inconsistent with its beliefs.” In response to the city’s assertion that certification using standards set by the city could not possibly be viewed as tantamount to endorsement, the Court stated that religious beliefs need not be “acceptable, logical, consistent, or comprehensible to others” in order to merit recognition.

The Court’s ruling in Fulton does not mean that the self-understanding of a religious organization or individual will always be accepted. Certifying a married gay couple as a good family to raise a child certainly can be seen as coming closer to endorsement than baking a wedding cake for a same-sex couple, hiring a transgender person, or renting an apartment to a gay couple. But the Court’s emphasis on the fact that the experience of the burden need not be logical or comprehensible to others makes me think religious organizations or individuals may get greater deference.

The Court’s emphasis on the fact that the experience of the burden need not be logical or comprehensible to others makes me think religious organizations or individuals may get greater deference.

The Fulton case also has some legal nuggets that should help LGBTQ people.

Assuming a law places a burden on religious exercise, the government is not required to lift that burden if doing so means the government will not achieve the compelling interest embodied in the law.

Many of us believe that government has a compelling interest in stopping discrimination against LGBTQ people. This interest includes ensuring that LGBTQ people can enjoy all aspects of society (be it employment, housing, receipt of goods and services, etc.) and are treated with dignity as they move through society.

This view has not been uniformly accepted. Thus, it is noteworthy that in assessing whether the government has a compelling interest in prohibiting discrimination against gay couples in the foster care system, the Court stated: “We do not doubt that this interest is a weighty one, for ‘[o]ur society has come to the recognition that gay persons and gay couples cannot be treated as social outcasts or as inferior in dignity and worth.’” As a practical matter, I think the term “weighty” is equivalent to “compelling,” and that it will be viewed as such by most lower courts. This is an important step forward.

But the rubber hits the road in the final piece of the analysis: Can the government prove that providing exemptions from a non-discrimination law that places burdens on religious exercise will preclude it from achieving its compelling interest?

Can the government prove that providing exemptions from a non-discrimination law that places burdens on religious exercise will preclude it from achieving its compelling interest?

With regard to this question, the Fulton opinion offers few clues. This is because a law prohibiting discrimination in foster care is very different from a law prohibiting discrimination in employment, health care, housing, or public accommodations. A primary interest of a foster care program, according to the government, is to maximize the number of foster parents. The Court decided in Fulton that removing CSS from the foster care program would likely undermine that interest. Most non-discrimination laws do not have such countervailing interests.

Second, the Court never grappled with whether allowing an agency to reject gay couples as foster parents would undermine the dignity of such couples such that the government could not achieve its “weighty” interest of ensuring that gay couples be treated with dignity. Rather, the Court elided the issue by simply observing that the city had retained the right to issue exemptions from its anti-discrimination requirement on non-religious grounds, and so obviously it thought exemptions would not undermine the law.

Members of the LGBTQ community are legitimately concerned that the lower courts, and this Supreme Court, will not choose to protect their dignity.

At some point, the Supreme Court will have to decide whether a categorical exemption for an organization or individual who experiences a burden on religious exercise when forced not to discriminate against an LGBTQ person can coexist with the government’s interest in ensuring that all LGBTQ people can move freely and with dignity within society. I don’t think it can. It doesn’t matter that a gay couple might be able to go to another restaurant (after being thrown out of a restaurant for holding hands) or find a room at another inn (after being refused lodging because they are celebrating their honeymoon) or try to find another job (after being fired for being transgender). The assault to the dignity of the LGBTQ person remains. While I have suggested some exemptions that I believe could be made to relieve burdens on religious exercise, they are much narrower than those claimed in these cases.

Members of the LGBTQ community are legitimately concerned that the lower courts, and this Supreme Court, will not choose to protect their dignity. That is why they seek to amend RFRA so it does not apply to civil rights laws and why they want the standard in Smith to remain. I understand this trepidation and believe it is well-founded. I wish it were not so. Perhaps this Supreme Court will surprise us yet. 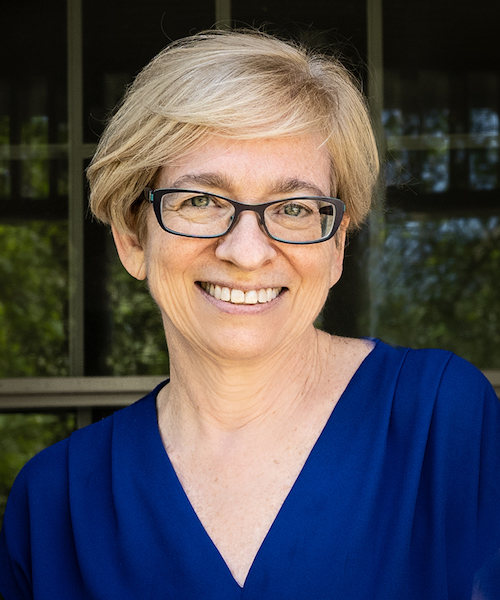 Chai Feldblum is a long-time civil rights advocate and scholar, specializing in issues regarding LGBTQ people, people with disabilities, and women. She was a law professor at Georgetown Law in Washington, DC, for many years. Feldblum helped draft and negotiate the Americans with Disabilities Act of 1990 and, as a commissioner of the Equal Employment Opportunity Commission, spearheaded coverage of LGBTQ people under sex discrimination law.